Outside the courtroom Yemil enjoys computer programming, photography, and spending time with his children, Ansel and Amelia. Yemil was born in Kharkiv, Ukraine and has lived in South Florida since 2000. Yemil speaks Spanish fluently. 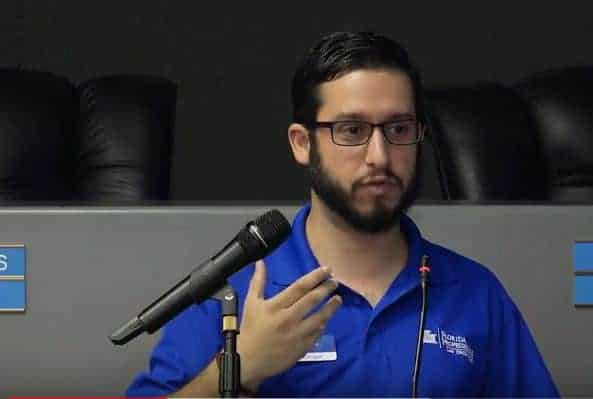 “One of my most memorable cases was of a business owner whose pizzeria lost power for an entire week during Hurricane Irma. All the pizzeria’s perishable food went bad and there was a loss of several thousands of dollars for this client. Because the business was closed for a week, he also lost significant business income as he was not able to operate the business normally.

The client of course reached out to his insurance company asking to help. Unfortunately they very quickly turned around and said, ‘there’s no coverage. You have a hurricane exclusion and your damages were caused by the hurricane, so too bad we cannot help you’.

The client asked us to help. I was assigned as his litigation attorney. I investigated the claim and uncovered important facts. It was true that the initial damages were caused by the loss of power caused by the hurricane. However, the reason why the power stayed off for a week was not due to the hurricane but rather due to the failure of a power grid and this policy did not have an exclusion for that. So with that in mind we filed a breach of contract lawsuit against the insurance company. Less than 14 days later we were able to settle this claim successfully for the client, and he was able to get his business back up and running.”

You may be able to reopen your claim up to five years from the date of loss, even if it has already been settled.
This form does not create an attorney-client relationship. Situations vary. Don’t rely on this website for legal advice. By submitting this form, you are consenting to receive marketing emails from: The Professional Law Group, PLLC, 4600 Sheridan Street , Suite 303, Hollywood, FL, 33021, US. You can revoke your consent to receive emails at any time by using the SafeUnsubscribe® link, found at the bottom of every email. Emails are serviced by HubSpot.